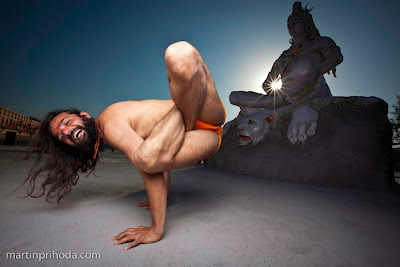 Within the Buddhist tradition there is an amazing insight into the human mind. The Buddha believed that our thoughts were not just isolated perceptions and insights into the world but rather complex weavings of beliefs about ourselves stemming from the constant re-enforcement of past patterning and conditioning.

those 79,900 thoughts are like a strip of film running through a cinema projector, playing and repeating your story over and over again. Uncreative, non intuitive.

Another great insight these guys came up with was that all our thoughts and everything that passes through our mind can actually be be FELT in the body somewhere. The difficulty is that many of us in the fast paced chaotic madness in which we live have lost the connection between mind and body.

There are two basic states we can choose to live in: Expanded awareness and Contracted Awareness.

Contracted Awareness is a mind body state governed by fear, worry, doubt, stress. Though these states originate in the mind, we can actually feel them in the body. This state manifests itself as a possible tightness in the chest, shallow breath and in an advanced state; some serious forms of illness.

Expanded awareness is a mind body state expressed by love, creativity, intuition, faith and transcendence. In the body they manifest as deep full breaths, a sense of expansive freedom, pleasant sensations, a general looseness in the body and a smile. Not imprisoned by states of worry and stress, the mind in this state is freer to intuit and be creative. Essentially it is in this state that we can start to loosen or break the 'cinema projector' of our patterning.

Meditation is the key tool for moving from a state of contracted awareness to one of expanded awareness. No longer the realm of monks and mystics, meditation is becoming regarded as an important tool in the maintenance of mental health. It is used by people around the world to maintain a sense of calm and to tap into that infinite realm of creativity and oceanic unboundedness that is our birthright.

As an artist my intention is to live within an expanded state. The world is already far too challenging  to have to deal with specter of self doubt. Often times I'm pulled into contraction through daily worries and stresses but with the help of simply sitting in silence it becomes easier to catch myself...and change my mind.

Posted by Martin Prihoda at 7:12 PM

Well said and for some reason, timely once again.

"Another great insight these guys came up with..." Ahahahah
YES!!!!
Love you brother! Keep doing BIG things :)
Sending you and the fam mad love

Thanks for another interesting article. John Cleese did a lovely talk on the same matter a few years back: http://www.youtube.com/watch?v=VShmtsLhkQg

Interesting and well written. Read you article on Friday, Dubai. Loved it!

Good insights for the artistic life and life in general.