*Amendement to this blog post. The issue of workers in Dubai is a complex one and goes far beyond the scope of this blog post and the pictures included. It was my experience during this shoot that none of the workers we photographed appeared to be working in any abusive or substandard conditions. I personally spoke to the owners of the factories and was allowed to walk free through out the factories unhindered. As I mention below, many of the workers spoke freely about their wages and the living conditions on site, though sparse and barebones, appeared clean and humane. The purpose of this project is not to make a specific political statement but rather to simply to collect portraits of a section of Dubai society that is rarely seen, but fundamentally vital.

For many of us who have visited Dubai, we've seen a virtual paradise on earth with streets paved with (black) gold. Unaware to most visitors is the stark and grim reality that much of this sparkling diamond in the desert was built on the backs of poor migrant workers from Pakistan, India and Bangladesh, often in unbelievably harsh conditions.

"Dirty People" is an ongoing personal portraiture project and these images were taken in various coal and marble tile factories in and around Dubai.

Many of the workers live on site or in labour camps allowing them to save what ever money they make and send it home to families in their respective countries. Though they were no doubt dirty, most of these folks had bright eyes and big smiles. They happily engaged with us and sometimes even pulled out little cellphones and took pictures of us.

Special thanks to Mike Jones and Urzala Weiss for assisting me on this project. Please click on images to enlarge. 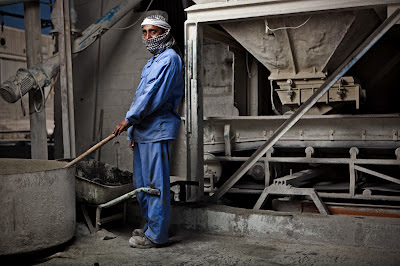 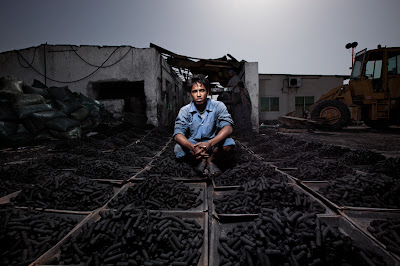 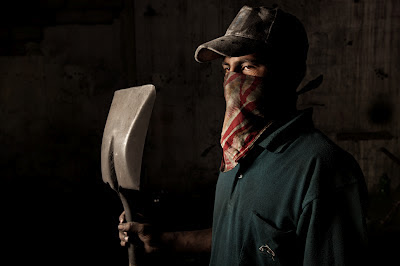 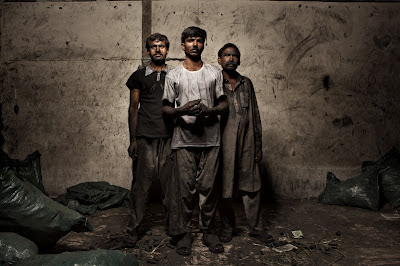 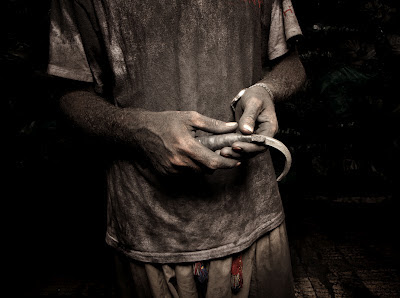 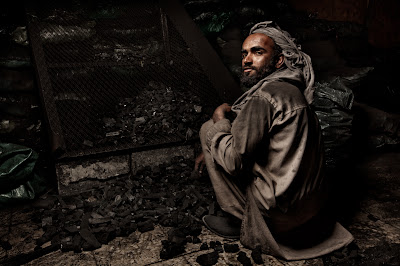 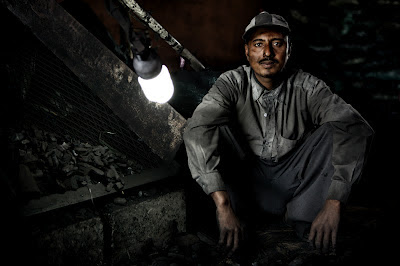 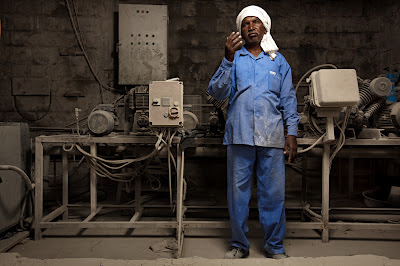 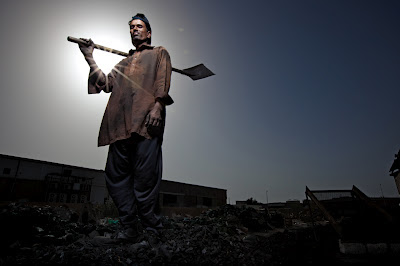 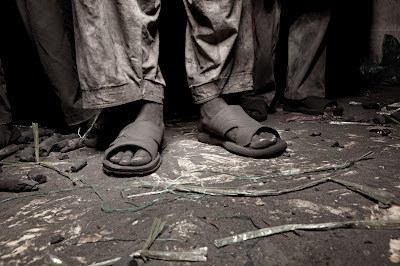 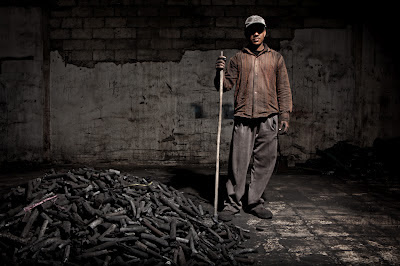 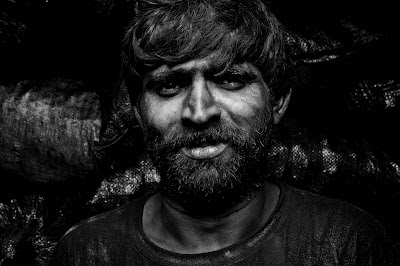 Posted by Martin Prihoda at 9:12 PM

Good stuff! Makes me wish I had got some close-ups that day.
One of mine is away at the printers getting the A2 tretment, time to replace some of my 'rubbish art' as you politely called it.

Thanks for not forgetting this side of Dubai. I was beginning to seriously miss this amongst all the merry GPP-reports.

You are an inspiration and there are not many.

Beautiful work as always Martin. Started my day with these. Off to make it a good one.

Captivating images, really nice. In the interest of photojournalism, though, you say that your subjects had lots of bright smiles, which seem at odds with the tone set here. I know the instinct would not be to endorse their lifestyle, but I'm just wondering.

thanks for the comments guys. Obviously some had brighter smiles than others. I really try to avoid any posing save for being able to use light effectively. i think happiness is definitely NOT positively correlated with wealth...there's gotta be alot Unhappy rich people out there too, no?

I have been there Martin. You would be surprised the atrocity the locals do to these poor people.

Just a fair warning, please capture the images and then publish them at once for your own safety and security.

I have seen people disappear for exposing minor stuff about locals or the harsh condition of the workers.

Please be safe and be careful.

As always I am your number one fan and I hope to see you sometime in Vancouver.

Fantastic work. Photographing and photographs of people at/in their work environment is one of my favourite subjects.

Outstanding... love the use of light and composition. Love to hear some of the conversations that you had.