Verve May 2010 shoot and some Behind the Scenes

Here are some published photos from this May's issue of Verve. The concept was to dress the model and put her behind the store front as a mannequin. These were all shot at Palladium, a new upscale mall in Bombay; the interior of the mall itself was too dark to shoot natural light so we used a strobe head and beauty dish to give the top light effect and also to isolate the model.

The problem was the reflection of the light. To counter this I simply lit the model how I wanted her, with my assistants in the shot, then removed everything and shot a plate. In post we merged the two to together a voila.

see the very last photo for a behind the scenes comparison. 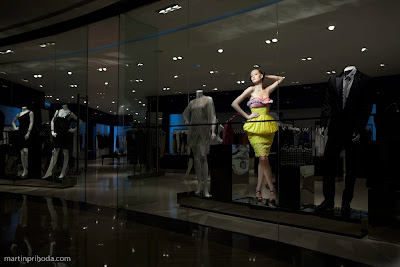 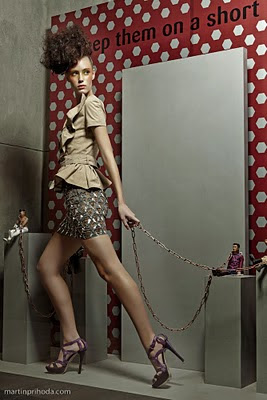 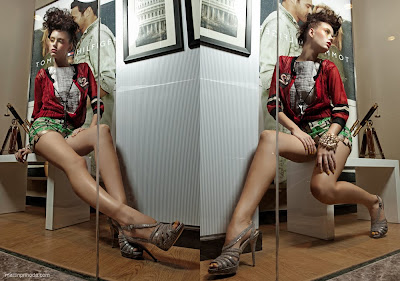 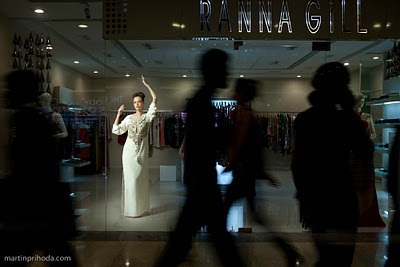 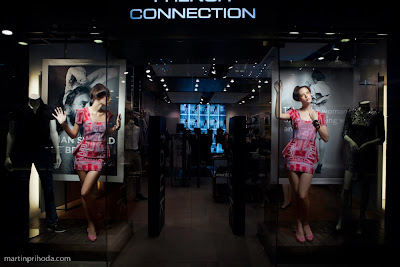 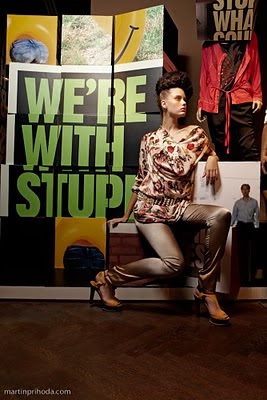 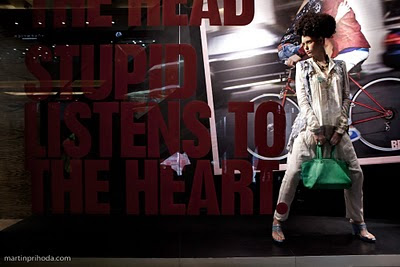 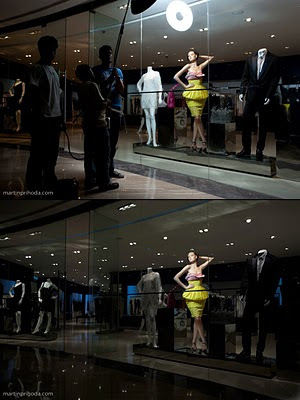 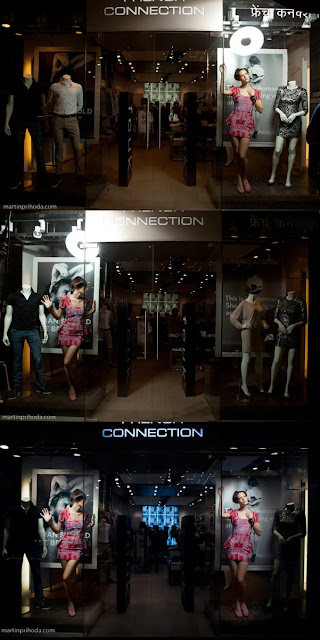 Posted by Martin Prihoda at 5:38 AM

Hey Martin awesome work as usual ! keep it up !