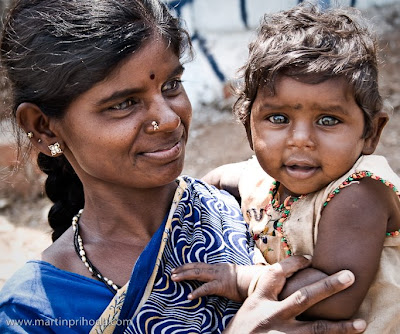 I'm starting to find my way through the labyrinthian maze that is Bombay. I'm not just talking about the physical locations of the city (which are a conundrum unto themselves) but the psychology of this place.
In keeping with its ever present contrast of extremes, Bombay and the people offer me a new perspective on human interaction.  Perhaps what is happening is that my western mind has begun to bend to the east or maybe I've just discovered new realms of tolerance and faith within my being.
Things work and get done here in a way that has a peculiarly organic and ever mysterious flow to it. There don't seem to be any rules but its like life moves as if it were a pre-destined river of bubbling chance and opportunity.
Its hard to describe but its like the city breathes. I can feel it breathe; inhale, exhale and then throughout are ripples of ebb and tide, wax and wane. It expands and contracts as its millions scurry through its narrowly congested roads and market squares. No one has an answering machine or voice mail, well known businesses, big corporations and ad agencies have their main phone lines answered by sleepy security guards who don't know how to patch a call through.
Most of the phone numbers don't work unless you add a + or a 2 or sometimes a 9 or maybe a 022 or whatever other number. People don't return emails.
Yet...i been able to get most of what i need and want done.
Its the networking. Its unbelievable how it works here. You make a friend, he knows a friend who can get this and barter for that. I mean, you could argue its that way everywhere but its different here. Once you're accepted into a circle, everything you need is provided, every meeting is set up for you. You need a location, they'll get it. You need to speak to a big time producer? Just make a friend and within three phone calls you'll have a meeting with the guy.
Its why when I first got here it was so damn tough. I couldn't find a studio, I couldn't find lights or where to rent a camera, no one had a website, no one is listed in a book. And I know why now...because its unnecessary. You just need to meet the right people, keep your eyes open, make contacts and everything is provided.
Thats what I love about India the most...the people. They're so warm and kind and even when they try to rip you off...its with a smile and a wave. Of all the places I've travelled in my life, never have I been so warmly and open-heartedly greeted as I have here.
it makes the smell tolerable.
Posted by Martin Prihoda at 9:14 AM

Glad to hear you're enjoying your trip here Martin. Really love the posts and the pics.
Plan to visit any other place in India or is it only Mumbai for now?

ha ha ha - you KNOW I love the end reference. Glad to hear you are continuing to spread your Martin magic.