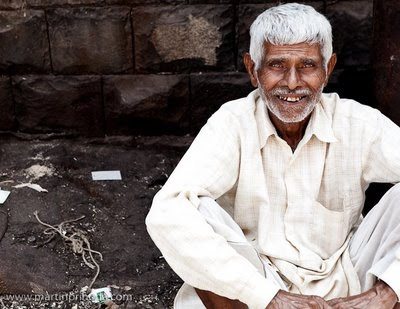 One month in and the full blown intensity of Bombay continues to overwhelm. I was talking to an ex-pat the other day and he tells me he's been here so long now that all he has to do is close his eyes, inhale deeply and he can tell which part of the city he's in.
The most fascinating part of this experience so far hasn't been necessarily the people, or the city but rather the observation of how my very western mind is shifting and adapting to this very eastern world.
I like to ride the trains, especially the intercity ones. They're dirty as hell but so alive; pulling into the station with scores upon scores of working class Indians hanging from the guard rails. Children as young as four source you out of the crowd, their palms up gesturing to their mouths. Packs of sleeping dogs lie as Chai-whallas walk the platform selling their wares for 5 rupees a piece. The poverty is indeed abject and the personal space is none but it truly is a photographers dream.
That same day I go to a star studded Bollywood movie premier, food and wine flowing, actresses posing in front of the cameras dressed in immaculately designed gowns. The cream of the Bollywood crop, producers and directors all schmoozing in the cool of an air-conditioned theatre. A totally different world created from the dreams of a billion people.
Once outside its India again. The contrast of extremes.
In a way you stop judging I think. Everything becomes as it is. There is no good or bad, only the constant hum of awareness and the sooner you can tap into that hum, the easier the experience becomes.
I continue to feel blessed for this opportunity. As I look around I feel a deep sense of gratitude that i was able to be born into a life that allows my body to travel and my spirit to grow.
Posted by Martin Prihoda at 11:24 PM

What a great description, I really can feel it!

your last 2 sentences are profound. enjoy the journey.

Martin, your comments bring me right back to my trip there in 07. By far and away my favourite thing was the train travel!

Amazing stories and amazing photos...Keep up the great work! Enjoy your travels!