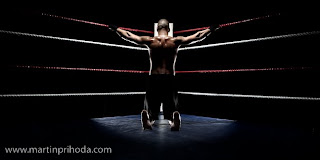 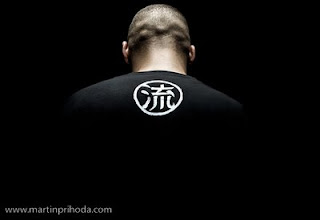 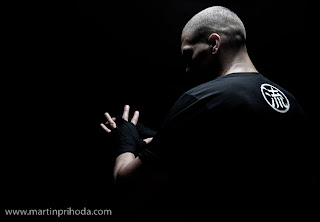 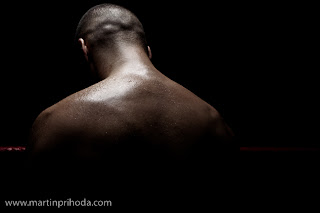 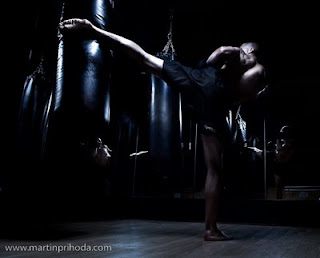 Just before Christmas I shot Transmission's new MMA clothing line called 'RYU'. It was a fairly simple shoot and we based the look of it on my Yoga Fight Club series which they really liked. We shot with a trained fighter named Darcy and it was a lot of fun, he was a total pro. Stylistically, it was similar to the way I've been shooting lately, with dramatic rim lighting but this time round we used a bare head and reflector from a high key position as opposed to a beauty dish or soft box.
The site has launched, check it out at www.theryu.com
also, I'm going to be signing with Transmission and they'll rep me as a commercial photographer and director, so I'm looking forward to a bunch of cool projects with these guys in the near future.
Posted by Martin Prihoda at 4:39 PM

I was wondering why you love the beauty dish so much, and what makes you decide to use or not use it for a photo shoot like this?

Love that last shot with the kickbag. It's got a great environmental feel to it.