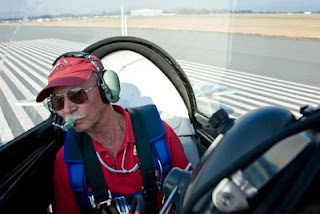 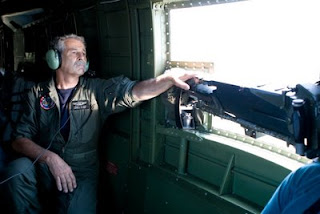 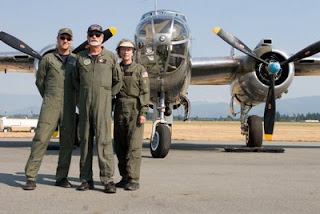 a friend of mine called me the other day and asked if I wouldn't come out and shoot some editorial stuff at the Abbotsford airshow. For those of you that may not know, I love everything aviation and also have my private license. It was a great day, I got to ride in a B-25 Mitchell (ala Doolittle Raiders) and also in a Christen Eagle (flown by Donn Richardson, my old aerobatics instructor!). Though we didn't do anything fancy, I got to shoot the B-25 flanked in formation by 2 Harvards and two P-51 Thunder Mustangs.
At one point this sort of sadness creeped though. I felt for a moment that i had been born 70 years too late, that these beautiful airplanes, which were so simple, just a stick and a rudder, were now ancient relics. I felt the complexity of our modern world, everything electronic and computer driven, below cars jamming into rush hour and smog rising up into the air.
Everything is perspective though. Maybe 70 years ago people felt that way about their world as well. A second world war had broken out and this probably jarred a lot of peoples' faith in a humane world. In any case, i try to snap out of moments of nostalgia and melancholy relatively quickly; they just don't provide anything really useful...
it was a great day and i got some great shots and it was another real reminder of the cool things you can experience as a photog.
Posted by Martin Prihoda at 9:39 AM

very cool shoot. I too am a pilot and totally know what you mean about the glory days of aviation being over.

nice shots. Do you have any planes?

I know where you are coming from, this was my schedule for three days in one week

Wed: Shooting air to air in a Gazelle helicopter
Thurs: Up to waist in muddy water in a pond shooting 4x4 for an editorial
Fri: Shooting in the Ritz Hotel (London) for editorial

There was a kid who hung out at the air field fence.

Every moment he could steal away from Mom's smothering supervision, he'd quietly push his Stingray out of the yard and down the block, then pounce onto the banana seat and pedal like hell til he got to the low chain link fence. There, fingers hooked through the fence fabric, nose poking through one of the diamonds formed by the wire, he'd watch the T-carts, Pipers and the lone Stearman as they came and went, reciting to himself every fact he'd memorized concerning each aircraft, and critiquing each take off and landing as if he knew something about flying.

The kid was so startled by the voice behind him, he nearly pissed himself, but those seven words changed his life.

He turned and saw a face wrinkled around the eyes form a life of squinting, leathered by hours n the wind and sun. He recognized the man by his jacket to be Stearman Guy.

“I need someone to straighten up the hangar. You wanna earn five bucks?”

All afternoon as he boxed, carted, swept and anything else Stearman Guy (who said his name was Blake) directed, he kept looking longingly at the Stearman as it sat idly in the hangar. At the end of the afternoon Blake offered a ride in the Stearman and the kid thought he'd died and gone to heaven.

An afternoon of cleaning became a summer of odd jobs and busy work, and Blake began to pay him in the most precious currency... airtime. By his fourteenth summer ( His second since being startled at the fence) he had graduated to Line Rat, running the fuel truck up and down the field for field owner. By then Blake had taught him how to listen to the Stearman as it flew, to feel the vibrations of the engine , the shudder of the airframe just before a stall broke.

Often, they'd Land Out, in one pasture or another and the kid would meet one of Blake's grass field buddies. Sometimes they'd go to the Island, or to one of the San Juans, and once as far as the Okanogan. The kid though he new every plane friendly pasture and grass strip in the country.

Blake was a great teacher, but not a government recognized instructor, and the kid was never able to afford one. But today, decades later, you can find him and the Pietenpol dropping into one of those pastures or grass strips of a summer afternoon. And he drop over the fence and stop before the mud hole with greater precision than any but the best of the Spam Can drivers 'putting her down on the numbers.”

70 years too late, hell! The relics live, and so does real flying, still.

And “getting your Ticket” still costs more than the fines actually assessed against a guy that cited for flying without one, unless he hurts someone.

Life is alive for you now, not 70 years ago. The relics live out there, waiting for you. Get to know one.

She's waiting for you.