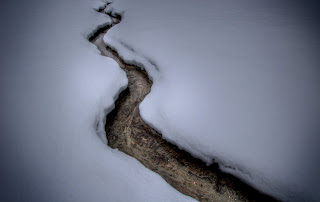 The term 'Dharma' or 'Dhamma' is a Buddhist term referring to the evolutionary impulse of the universe. I like this definition because the implication is that it is actually impossible to not live your Dharma.
You can  slow down your evolution but...you can't actually stop it.
It is the dharma of an apple seed to grow into an apple tree, a stream to find the quickest most efficient path to the river and in turn the river to the sea. Nature is perfect this way; she lives her Dharma without hesitation or thought of reward.
All of us know friends (or even see it within ourselves) that seem to be making choices that compound their suffering; poor choices or clinging to resentment and guilt. The beautiful truth is that this is all part of their evolution, that even in all the pain they/we cause ourselves, we are constantly evolving... sort of like the saying that even falling on your face is forward motion.
I like the river analogy. Think of your own spiritual evolution as a really really strong river. Even when we swim against it up stream, fighting and screaming, we are still moving closer and closer to the sea; its just that we're slowing ourselves down. We can even cling to the banks out of fear but again we know that one day the river will swell and we'll be forced to make a choice:
Let go and embrace the flow or be ripped violently away.
The fact is...we must evolve, that is our dharma. Some people wake up one morning and say to themselves; "I'm not happy and I'm going to change it,' some people need that car accident that almost kills them before they wake up...everyone is different, but everyone evolves.
Evolution is not a choice; making a dance out of it is.
Embrace your evolutionary river.
Let go of the branches that line the banks.
Grab a rubber tube, some shades and a beer/margarita/herbal tea
Wave to people you pass.
Smile.
Posted by Martin Prihoda at 11:18 AM

I think your blog is the one I have been looking for. Your photography is wonderful and inspiring. Your viewpoints are an enlightenment.